Hello your honor and the Ladies and gentlemen of the jury. Today I intend to make a case for consciousness to be non local. That is to say that one’s consciousness can affect the outside world without touch or sound. Things like telepathy, telekinesis, or ESP usually come to mind. That is exactly what we are talking about here. This defense aims to prove that all of these supposedly fringe ideas are actually a natural part of the human experience.

Now  the prosecution, materialist science, would have you believe that you are only conscious because of electrons firing within brain matter. Kind of a happy accident. It is the supposition of this defense that this is an incorrect interpretation of the data. We have evidence to suggest that the absolute opposite is true. It is also our supposition , based on this evidence, that an algorithm like AI can never become sentient or conscious as we know it. 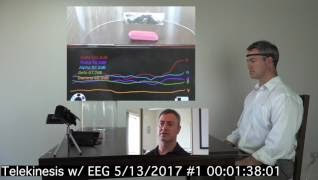 With permission of the court we would like to present Exhibit A:  Sean Mcnamara. Sean Mcnamara is a physicist and he has come up with an ingenious test to verify the results of a non local consciousness experiment. He set up a folded piece of paper on a needle then covered the whole thing with a glass jar in order to isolate the experiment from the outside air currents. He then obtained an EEG reader and put it on while sitting in front of the glass jar containing the needle holding the paper. He would then relax while focusing his concentration on attempting to make the  paper in the jar move merely by thinking about it.

He was able to accomplish making the paper spin on the needle in different directions.. At the same time the EEG reading changed significantly. This is substantial evidence that can be repeated by anyone that would like. You don’t necessarily need the EEG reader unless you would like to verify the results fully yourself.

This is not , however, the only piece of evidence that we have. Next up we have Exhibit B: Project Stargate. Project Stargate is the code name for a secret U.S. Army unit established in 1978 at Fort Meade, Maryland, by the Defense Intelligence Agency and SRI International to investigate the potential for psychic phenomena in military and domestic intelligence applications. In other words, the government was employing psychic spies. These spies were using something called remote viewing.

Remote viewing is the ability to use one’s consciousness to move about through space and time and observe what is happening without ever physically moving the body. People have been able to view government officials, different moments throughout time, as well as off  world targets like the moon or even mars. The American government, of course, was trying to gain an upper hand over the Russians during the cold war. You can imagine how useful that kind of information would be. It is the position of this defense that if the government has lended its credence and had positive results to such things as remote viewing then it should be allowed as valid evidence, given the nature of this case. 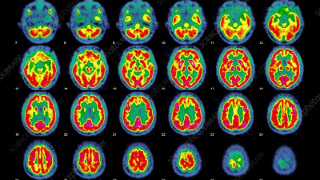 Finally, to the point of the prosecution that any action can be attributed to different areas of the brain becoming active, we cannot argue against this point, as there is plenty of brain scan evidence to support that. However, they cannot point to which neuron is firing that makes you experience the taste of soda instead of the taste of water. They also cannot tell you why or how you experience the color blue (or red or any other color) , or explain any other conscious experience in a mathematical way, let alone a physical way.

There has traditionally been no room in the accepted dogma of materialist science for any talk of consciousness. Mainly because it cannot be reduced down to a particle or mechanism of some type. This is a massive flaw in the way that science is conducted and accepted academically. Professors have been ostracized and run out of their tenure for asking questions that do not agree with the established paradigm, which should never be the case in a fair and just world.

Ladies and gentlemen of the Jury: In closing, we maintain that materialist science would have you believe that you are merely a semi autonomous meatbag that has no conscious influence on the outside world, aside from touching it or using sound waves to manipulate it. Furthermore they would have you believe that your experiences are merely happy accidents of brain matter, yet they cannot explain to you how that is actually possible. They have left you with nothing but their conjecture.

We have attempted to show today that these claims are absolutely false and there is a case to be made for consciousness being non local. Furthermore, we, the defense,  submit that it would be impossible for a bunch of metal and wires strung together with some software to have the same non local effects, ergo to have consciousness. We submit that consciousness is uniquely fundamental , not only to living creatures, but also to the universe itself, and that the very same universe may actually be an emergent property of consciousness. That is to say that the universe depends on consciousness in order to exist and not the other way around, as the prosecution would have you believe. This case is now in your hands to decide what you believe to be true.

With that  the defense rests its case, your honor.